EnTeR ShiKaRi: NoTHinG iS TruE & EvErYtHiNg iS PoSSiBLe 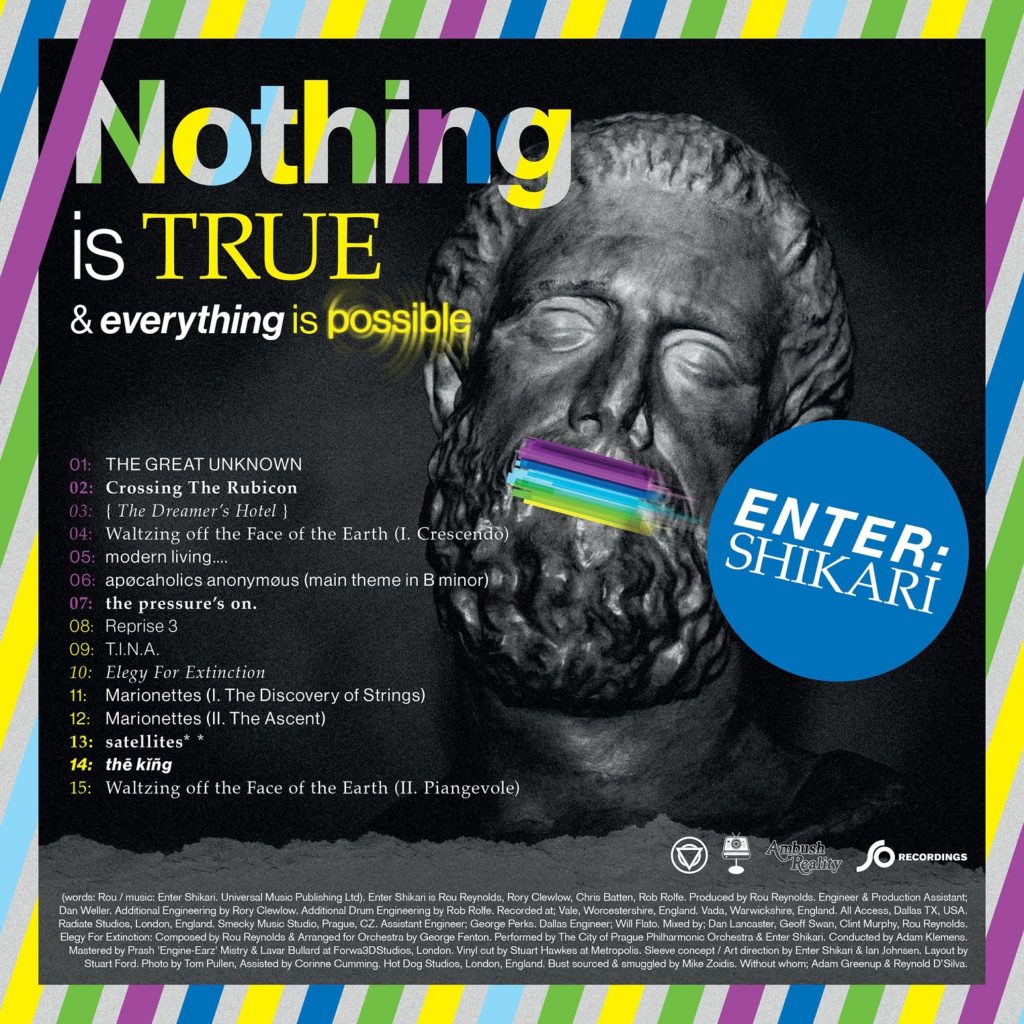 Enter Shikari, Nothing Is True & Everything Is Possible (SO Recordings)

Listening to Enter Shikari is like reading poetry. Every word, every phrasing, every moment counts. Each syllable – musical or lyrical – is a door, and through every single one of those doors there’s a whole new, different future waiting. There are a zillion theories about parallel universes, about the meaning of life, about our potential as human beings – somehow Rou Reynolds and his gang of genre outlaws have created a record that synthesises the noise of those many and varied hypotheses. Their sixth album is as definitive as it is indefinite – and if that’s already starting to sound paradoxical, just you wait…

Nothing Is True & Everything Is Possible is one of the best albums of all time. That is absolutely without question. If you really want to chart this record in any meaningful way, you can’t simply weigh it up against the output of other bands – it needs to be ranked in context of history’s most significant literature, paintings, films, theatre and, of course, poetry. It would be difficult to argue that this album isn’t an achievement in the way that Orwell’s 1984, Beckett’s Waiting For Godot or Shelley’s Ozymandias are achievements.

That Nothing Is True & Everything Is Possible should emerge right now – at a time when our ‘normal’ way of living has been compromised to an ominous extent – shouldn’t come as a shock. Enter Shikari have been warning us that shit’s about to get real for over a decade. So here at last we are, living in a world where really Anything Can Happen In The Next Half Hour…, where everything actually is in …Meltdown, where NHS workers absolutely are acting as The Last Garrison. And it’s that zeitgeist-like quality which guarantees this record’s place as the major work of this century.

Not that Enter Shikari deliver the truths about our society or the wider cosmos – and our place in it – like reporters. Yes, this album might serve to some extent as a document, but there’s something much bigger at play here than could ever be pinned down on the front page of a newspaper. The discordant Waltzing Off the Face of the Earth (I. Crescendo) – for example – sums up the oxymoronic nature of being human in a way that only the most articulate and original musicians could.

If all this makes Nothing Is True & Everything Is Possible seem difficult to penetrate, the opposite is true. The hooks at the heart of modern living… and { The Dreamer’s Hotel } clearly evidence a band at their most populist. This is Enter Shikari’s most accessible work. You have no excuse not to listen to it. You need to hear what the band are singing about. These are songs about your world and your life. Take a peek through those doorways and see what’s there.