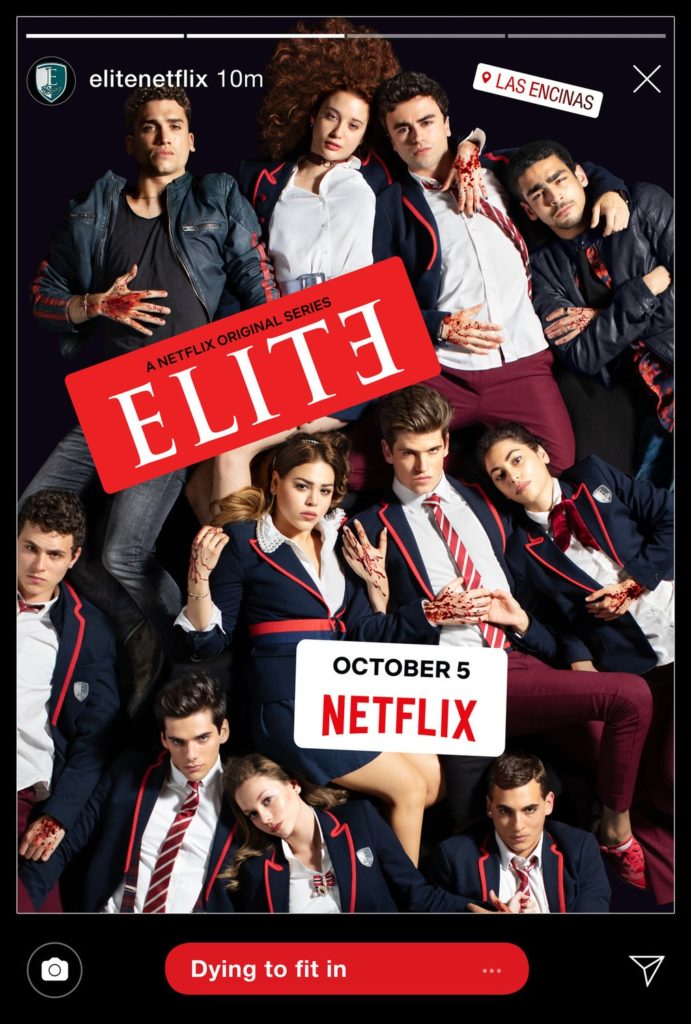 Have you seen Elite? There’s just sooooo much SEX. There’s NO WAY this is really what going to school is like for kids in Spain. Is there?? Or maybe this is actually what normal teenagers get up to everywhere. Perhaps it really is only me who’s not sneaking boys into the house behind my parents’ back. And what about the couple who are already so bored of their own relationship that they’re spicing it up with threesomes. I mean, holy moly, from where I’m sitting (alone, obviously), even a twosome seems way ambitious.

One other thing. Since when did this kind of TV become 15-rated? Murder, drugs, sex (gay, straight, with two people, with three people etc.) – surely that’s as 18 as it gets. Good grief, I sound like my mother. But, seriously, I really don’t think I’m old enough to watch Elite. Not that there was any stopping me once it got started. It’s addictive. Just don’t get too depressed if your own existence feels kind of pale when compared to that of Marina, Samuel and Guzmán. This is fiction. Make believe. Fantasy. Right?

From Spain to Sweden – teen life is crazy wherever you go.