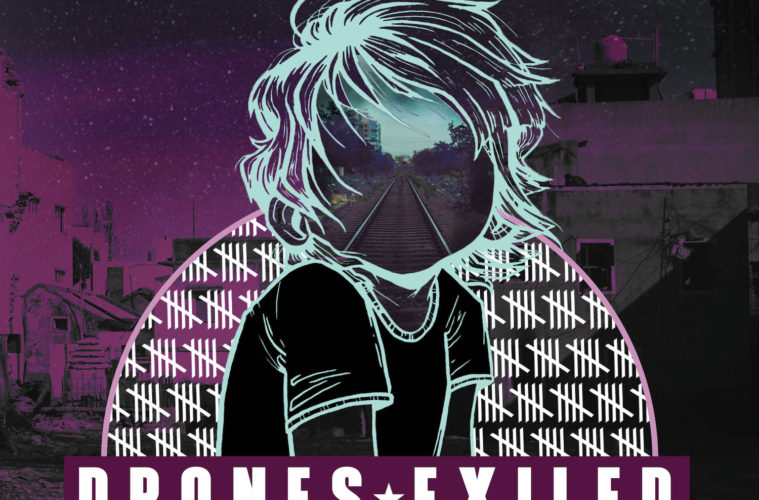 Some things in life just feel right. Peanut butter and marmalade sandwiches. Dressing up like Olivia Newton-John and dancing around your bedroom to the Grease soundtrack. Running through the woods with your pet dog. All of these activities feel pure. They’re good for the soul.

Listening to Drones’ new record has the same spirit-lifting effect. It peaks early with the opening For Those Who Care, a track which sounds like Muncie Girls covering Black Veil Brides. It’s fast, furious and a lot of fun. Which is kind of a surprise given that much of this record has been inspired by the European refugee crisis.

Somehow, though, Drones manage to take their political influences and articulate them in a way that doesn’t make us feel like crying into our cocoa. Quite the opposite actually. Exiled is the sort of record which makes you want to fling yourself about like an insane person. And perhaps even do something about addressing one of the planet’s plethora of problems.

Perhaps unsurprising given the social issues that clearly fuel the output of Lois McDougall (vocals), Rob King (guitar), Tim Kramer (guitar), James Kerr (bass) and Mitchell Thomas (drums), Drones never feel like a band trying too hard to be cool. The unfussy Anchors is typical of a frill-free band who care more about making their audience go ‘woo’ than ‘wow’.

Not that it stops the London outfit indulging their more metal side towards the end of the eleven tracks here. Even softer song Sickbay suggests a Metallica influence. At their heart, though, Drones are a punk-rock band. More intent on changing the world than changing music, the quintet write with an affecting sense of purpose and if there’s one thing all of us lazybones could do with more of, it’s purpose.

Okay, I’m off to walk the dog. All I need to do first is put my leather trousers on and make the biggest Golden Shred and Sun-Pat sarnie the world has ever seen. Then I’m going to put Exiled on my headphones. How more right can life get?

Exiled is out tomorrow on Lockjaw Records.