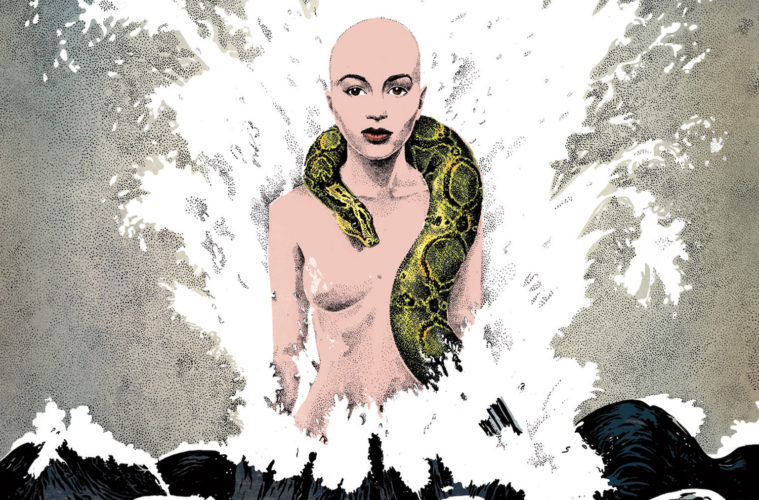 South Wales’ Dream State have been taking the UK’s alternative rock scene by storm over the past year with their electrifying club shows and insanely well-received single White Lies, the video for which garnered over 5.5 million YouTube views. On their new EP, Recovery, Dream State prove they are more than just a ‘buzz band’ – their epic post-hardcore sound demands listeners’ attention, and will be instantly loved by fans of Pierce the Veil, Marmozets and Flyleaf.

The EP opens with the aforementioned White Lies, which fades in with a complex, electronic-sounding riff intermingled with CJ Gilpin’s incredibly impressive vocals; when the drums kick in, it’s like the song explodes, and it’s impossible not to feel the song’s emotion. Gilpin has said that the single is about ‘temptation, denial, hitting rock bottom and surrendering to yourself,’ and this can really be felt in lyrics like ‘’cos I think I’ve lost half my mind fighting my addiction.’

In This Hell really demonstrates the band’s musical prowess, with the verse’s drums keeping to a complex but still infectious time signature, and Gilpin going between clean and screamed vocals with so much finesse anyone would think she’d been doing it since birth. Her screamed vocals carry the same tone as Marmozets’ Becca Macintyre, whereas the intensity of the music could match post-hardcore greats such as blessthefall. The high-energy Help Myself proves this; the mosh pits during this song would truly be something else.

Solace is an uplifting song encouraging the acceptance of mental illness and the idea that no one is alone in their suffering; the gentle moments in the song are countered by its explosive chorus that will surely have listeners singing along by the end. New Waves is Dream State’s most recent single, and it’s a number with more pop-appeal than the rest of the EP; fans of PVRIS will surely love this song, and it’s easy to imagine it becoming a hit. Dream State are a band to keep an eye on, and with multiple festival and supporting slots lined up in the coming year, hopefully they will start getting the attention they really deserve.

Recorvery EP is out now on UNFD.