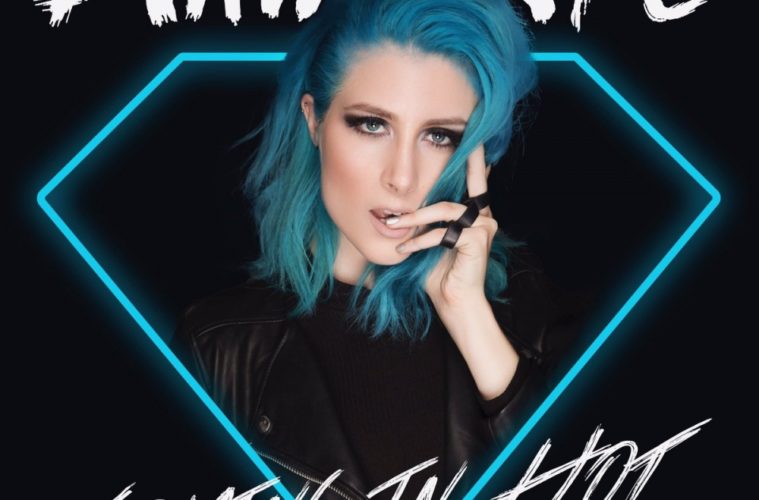 If pop-rock is your thing then you’re going to love the brilliant debut from Diamante. It opens with the appropriately named Coming In Hot – making sure the album kick-starts with powerful guitars and awesome vocals that perfectly capture this artist’s passion. For music. For life. For everything. It’s an exhilarating start to a record that will make sure not to let your attention waver until its conclusion.

One of the album’s highlights is Sound Of Us, which somehow manages to blend the influences of Marilyn Manson and Lana Del Rey. Unique and fresh, it’s easy to fall in love with the emotions and strength that drive this track. F.L.A.G. is equally affecting. It celebrates the idea that females can do anything they want and that they should always fight like a girl. It’s a true power anthem.

Elsewhere, you’ll be thrilled by alternative love song, Kind Of Love. The track is an incredible blend between intense rock and more melodic pop vocals (throughout this record, Diamante manages to channel the spirit of Joan Jett and Gwen Stefani in equal measure), and its liberated, explicit lyrics will send shivers up your spine and get your heart rate up. Then there’s the beautiful Lo Siento. It’s a Spanish version of an earlier track, Sorry, and it makes sure the album ends on a high note.

Coming In Hot is an album that lives up to its title. Enjoy its heat.