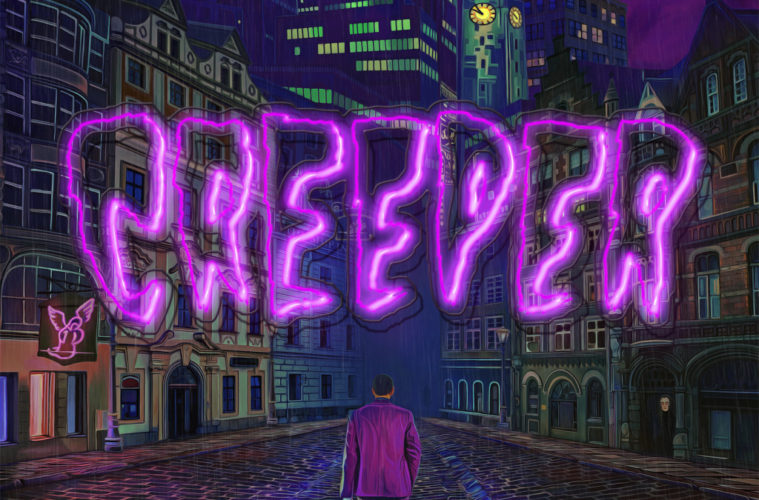 Creeper: Eternity, In Your Arms

Creeper have emerged from the shadows with a debut album to prove that there’s nothing horrible about horror rock. While many bands struggle to find any semblance of originality, Creeper have broken away from the pack and founded a cult dedicated to haunting magnificence. Rather than kick-starting the album with predictable choruses and over-used sentiments, they opt instead for the dramatic opening monologue of Black Rain to introduce them.

Embracing their gothic aesthetic with refreshing commitment, all 11 tracks compliment each other with effortless splendour. As weeping keys compliment the tireless combination of cutting riffs and thundering drums, vocalist Will Gould echoes the melodrama in his devastating, earnest voice. Organised chaos collides into the united choruses of Hiding With Boys and Winona Forever as the band seamlessly blend their rebellious attitude and wailing vocals into gripping ballads.

Flaunting their diversity, Creeper lay down their arms to reveal a more sensitive side as Misery and Crickets are woven between the fast-tempo tracks. Clearly aware that screaming vocals don’t always equate to passion, Misery’s swaying acoustic proves that cliché titles don’t always promise cliché material. Conveying the same level of sincerity, the raw voice of Hannah Greenwood in Crickets adds a new level of vulnerability to the album while somehow managing to maintain the theatrics that resound throughout.

While there is no discernible weakness, the gleaming jewel of the album is Down Below. Packed with enough fire to make even the darkest of souls want to hit the pit, it fluctuates flawlessly between impassioned cries and eerie whispers. Lavish guitars unite with yet more heart-wrenching keys in an overwhelming display of emotion. It’s exaggerated, it’s energising, it’s exceptional.

As the ending chords of the tragic number I Choose To Live fade out, it becomes irrefutable that Eternity, In Your Arms is an album destined to spend an eternity in the spotlight.