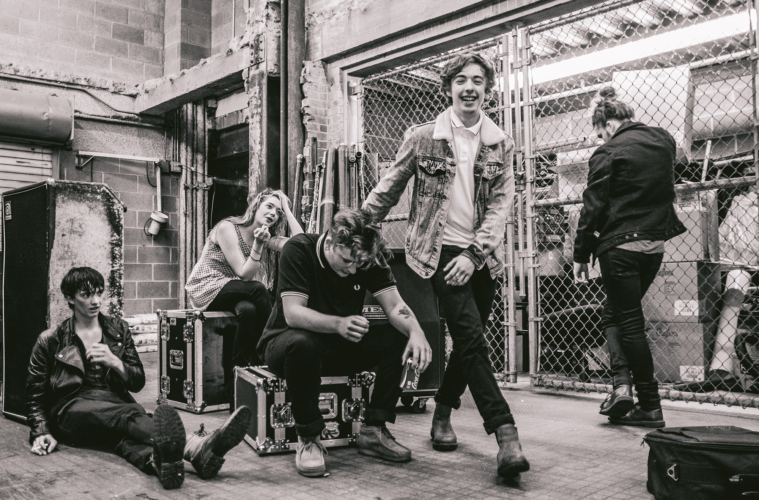 SiSeptember 30, 2017
Projects 1
COMPETITION:
Music is always prompting us to think about the bigger picture. So we want you to write a review that, yes, tells everyone what you think about that record or gig – but we also want you to invest the review with some kind of philosophical or social observation. Can you manage it without sounding like a preacher or a teacher?! Send your entry in via our contact page.

PRIZE:
Two tickets to see the awesome Marmozets at The Garage, London on 25th October.

Sometimes, yes, you’re writing about a gig or record but really you’ve got something else on your mind. I remember standing at Alexandra Palace with Si from Sound of Pen and even in my 20s noting that I was older than most of the crowd. I’ve never quite been able to work out why such a huge number of gig-goers disappear from the scene when they stop being a teenager. My favourite bands mean as much to me now as they ever did. Anyway, enough about what I think… Use a review to tell us what’s on your mind! Here’s an example of what we mean:

We wonder why the majority of today’s audience won’t listen to rock music in five years’ time. Surely when there’s so much to adore about bands like Fightstar – who are phenomenal despite their early set and resultant poor sound – there can be no reason why any of the fiery fans in Alexandra Palace today should wake up at the age of twenty-five and just, like, stop thinking this perfect band is any good.

It doesn’t make sense that most teenagers seem to grow up and give up on rock music. At what point do the moshers, who today are spilling their guts for star-collective The Lucky Nine and post-hardcore geniuses Alexisonfire, decide that they’ve got no time for soul food? What does this predominantly youthful crowd get out of this music today that history suggests they won’t later? And what does it all say about the bands themselves – effectively rock kids who have turned into rock grown-ups? We’re not sure.

Whatever the case, it’s clear that this generation of music lovers are happy to give all new bands a chance, regardless of whether their heritage includes stints as part of Busted or Hundred Reasons –the aforementioned Fightstar and Lucky Nine respectively.

And of course every person in the crowd waves their heart in the air when headlining emo heroes Funeral For A Friend hit the stage. The Welsh outfit have developed into a huge talent and Red Is The New Black is the song of the day. It’s an old track but imbued with stadium-sized assurance it’s more indicative of the band’s future. Which we’re confident will be worth sticking around for.