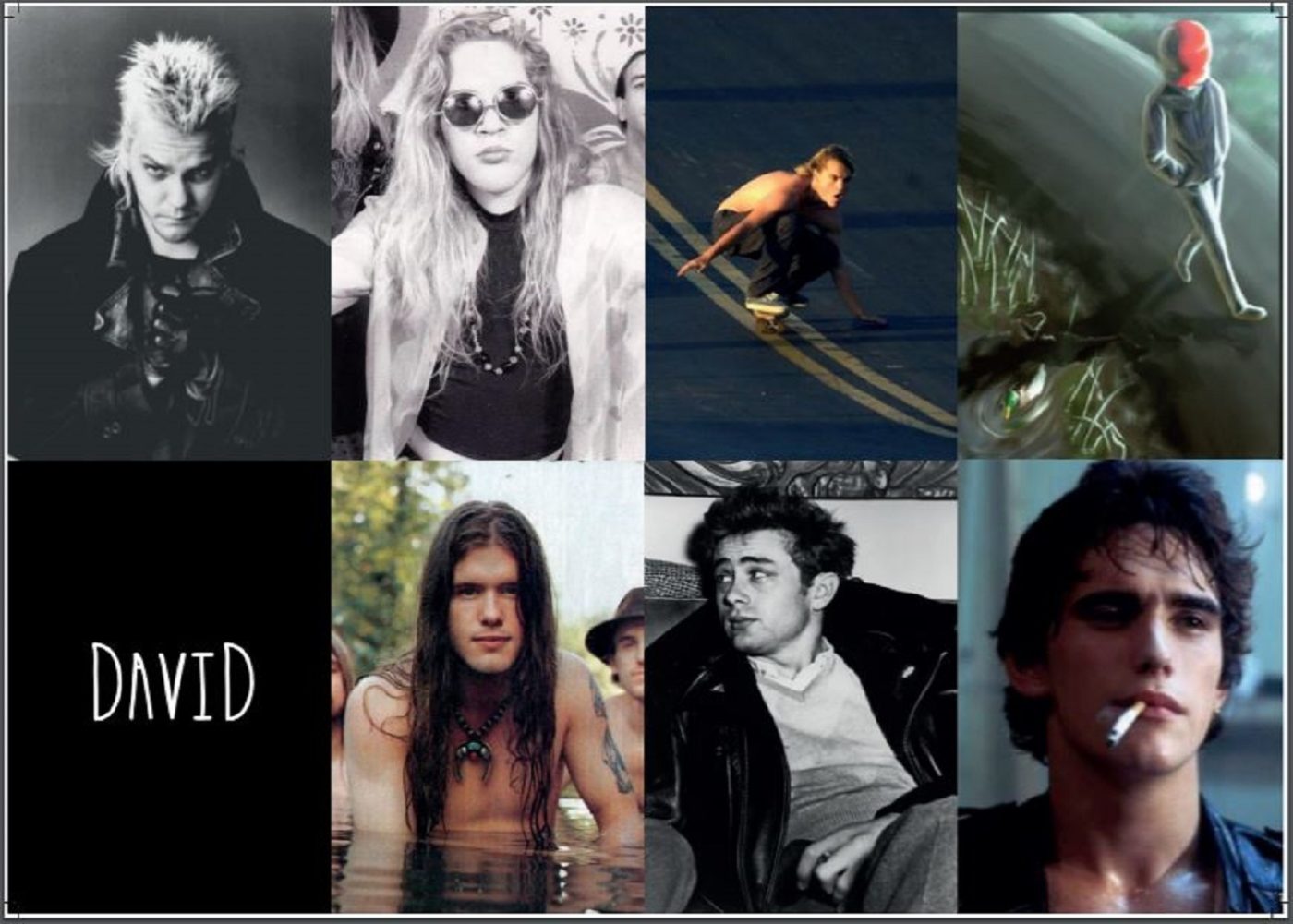 Winter arrives the next day with a quietness that changes the city. Neither Chambers or I own coats, so we lock ourselves in Carlito’s live room with our guitars and thrash them until we’re warm. David’s meant to turn up soon, but we pretend not to think about the vacant stool behind the drum kit. Ace and Sawyer arrive. Sawyer sits on the floor in the corner, her knees pulled up under her chin. Ace sings icily into the microphone. He sounds good and he looks the part. But he’s still a fucking asshole.

“I suppose,” he says, “Carlito’s been handing out that same tape of yours that he gave me. That’s what he would have given David, right?”

Ace doesn’t respond, but I can read his mind. He thinks the songs are a mess. David will have listened to them and had second thoughts. He isn’t coming and Ace already blames me and Chambers for the inevitable failure of this band. After the next song, he speaks again. For someone who couldn’t bring himself to say two words to me for so long, he’s suddenly got a lot to fucking say.

“So, which of you will play bass?”

It’s a question I’ve been hoping to avoid. I know we need a bass player but Chambers and I both consider ourselves guitarists. Chambers, though, has been playing longer than me. He is better, more of a natural. I kneel down and pretend to fiddle with my amp. When it becomes clear that I’m not going to say anything, Chambers speaks up.

He puts his guitar down, picks up the bass guitar Carlito has provided and we jam. The songs are missing something other than drums, but I don’t mention it and we play on.

“If he’s not coming, I’m going home,” Ace says after a while.

He steps back from the mic and puts his jacket on. Sawyer stands up, pulls her skirt straight.

“So, I guess we’re still looking for a drummer,” I say.

Ace makes that small fucking noise I know so well and, because I probably can’t get away with killing anyone else, I’m very grateful when the door blows open and David waltzes in, still dressed as if he’s in a hot club.

He sits in his seat behind the drum kit without saying a word. And it is his seat. No one’s in any doubt about that from the moment he starts pumping out the beat to a track Chambers and I wrote during the summer called The Lights Will Go Up. We quickly pick up our instruments again and follow his lead. He’s tight. The song finishes, and I try not to look as excited as I feel at having heard my song smashed out at full volume by a complete band. David doesn’t look so sure.

“The guitar sound’s too thin,” he says.

He glances at me and then at Chambers.

“Do you play guitar?”

Chambers nods and explains our current set-up. I’m tense, anticipating David’s request that I play bass instead. I know I won’t argue with him. But instead of asking anything of me, David turns to Sawyer.

“Only the recorder,” she replies.

David pays the joke no attention.

And that’s that. Sawyer doesn’t argue. No one does. She’ll be the band’s bass player. David thinks it will work, and so we do too.

It’s amazing how quickly Sawyer learns how to play. Within days she is playing the root notes of our songs in the right order and although I am pleased and impressed too by David’s commitment to teaching Sawyer, I can’t help but jealously count the minutes the two of them spend alone together. As soon as each of their private sessions is over, I herd everyone back to their assigned positions in our rehearsal room and relish the feeling that we are a real band.

“Look at the horrible blisters on my fingertips,” Sawyer cringes. “They’re sore.”

“Oh, lovely. That sounds much better.”

As soon as each rehearsal is over, David goes his own way. To another gig or to some other unspecified event. Is he really in our band? Perhaps his intentions are different to what I hope. Maybe, for him, Sawyer is the main attraction. The thought lives in my mind, and, I’m sure, in Ace’s too.