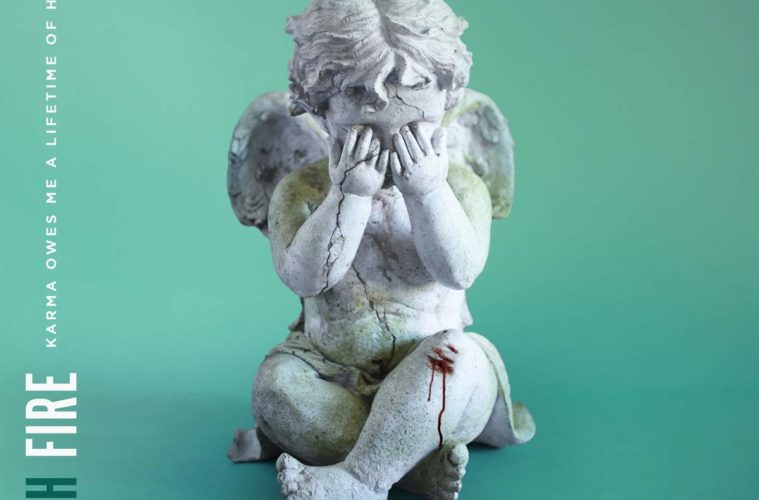 Catch Fire – Karma Owes Me A Lifetime Of Happiness

Have you ever felt sad? Angry? Betrayed? Well, it’s your lucky day. Nottingham pop-punk four-piece Catch Fire are here to make everything better, like that friend who’ll bring you some chocolate and let you cry on their shoulder after a bad day.

Karma Owes Me A Lifetime Of Happiness is an outlet for all your doubts and fears as it feels like Catch Fire actually understand you and your struggles. Basically, it’s like therapy but much cheaper.

Nothing makes this more apparent than Stabbing Pains. If the title didn’t already clue you in to the fact that this song is an emotional one, everything else will. The drums are a seamless echo of your heart, with some melodic guitars drawing you in only for a switch to be flipped almost straight away – out of nowhere it’s fast, fiery, and impassioned.

Not too keen on being predictable, Catch Fire are also very capable of spicing the pop-punk genre up, as you can hear in Third Person. Catch Fire aren’t a one-trick pony; they can pull off the whole laid-back thing too, as they pull out all the stops to deliver a heart-wrenching, emotionally painful masterpiece that could cause even a robot to break down crying.

Karma Owes Me A Lifetime Of Happiness is an album absolutely worth your time. If you’ve got basic human emotions then this album is for you. It’s emotional, unpredictable, and filled with angst, but most of all, it’s just really fun to listen to.

Karma Owes Me A Lifetime Of Happiness is out now via Rude Records.