Catch Fire – Karma Owes Me A Lifetime Of Happiness 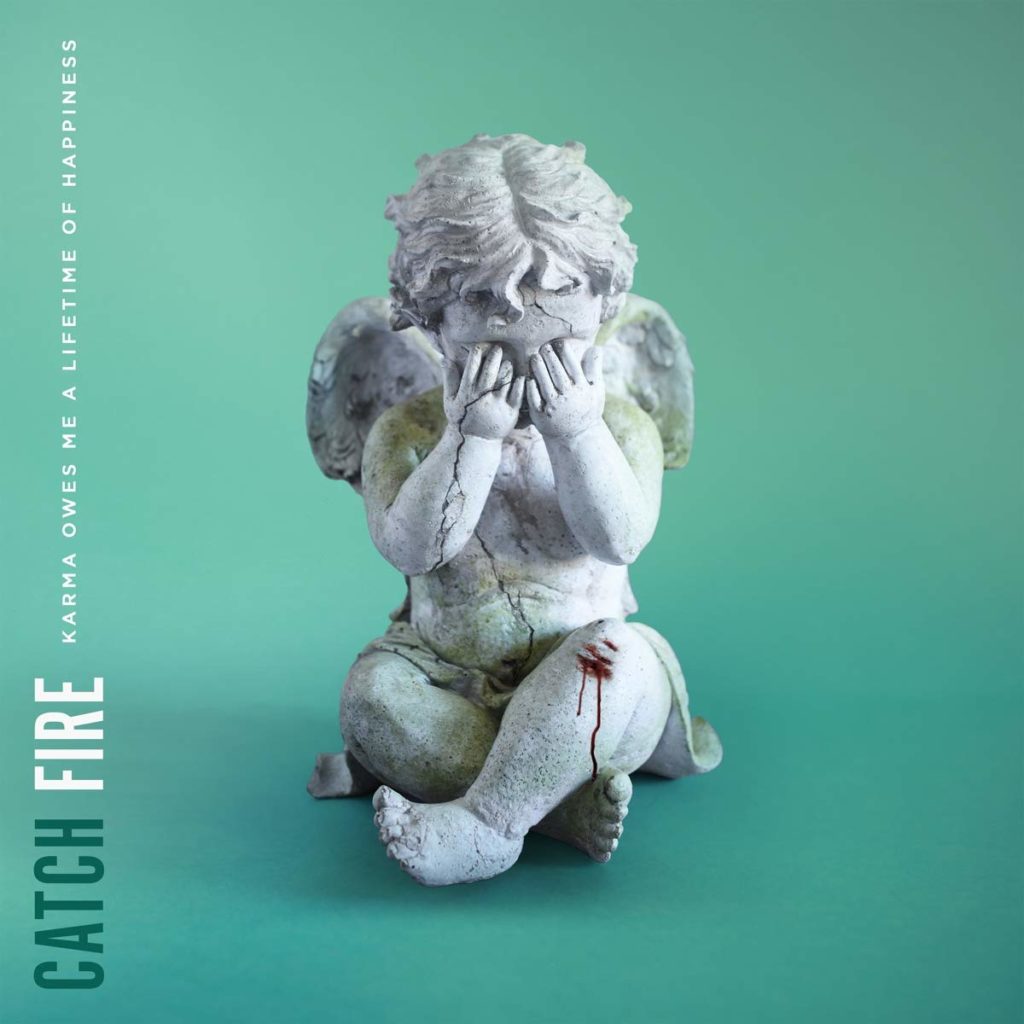 Who are Catch Fire? They’re a small band with a big sound. To be honest, that probably applies to more than half of the pop-punk genre, but there’s something that makes them stand out. What is it? Could be anything: their cool catchy name, fervent lyrics, upbeat tone. Everything about them seems to scream for attention.

Haven’t heard of them? No problem. With their new album, Karma Owes Me A Lifetime Of Happiness not being out for a week you’ve got plenty of time to catch up. Best get to it.

Petrification is probably a good place to start. The first track off their upcoming album, it serves to introduce anyone to what Catch Fire are all about. Honestly, the most prominent lesson to learn from this track is that the Nottingham four-piece are apparently quite angry about something, but it goes deeper than that: it’s passionate, fiery, heartbreaking – everything you could possibly want in a band.

Closely following is Malignance. The band are less angry this time but endlessly more breathtaking as the guitars wash over you like a refreshing shower after a long day, and welcome you into their open arms. This song feels like the musical equivalent of screaming into a void or punching a wall – it’s cathartic.

If you’re not convinced just yet then it’s your lucky day; Catch Fire happen to have released two more songs already. While Fault Line consolidates the angst and outrage of Petrification, Heist is like the younger brother of Malignance. It’s got the same core traits of the aforementioned track but it’s more upbeat, more energetic, and more fun.

You’re only letting yourself down by not giving Catch Fire a chance. So far they’ve managed to create four mind-bending tracks with the perfect mix of energy, angst, and emotion. It’s up to you to let yourself be blessed by the opportunity to listen to them when their album drops on November 16th. It’s up to you to make the right decision.