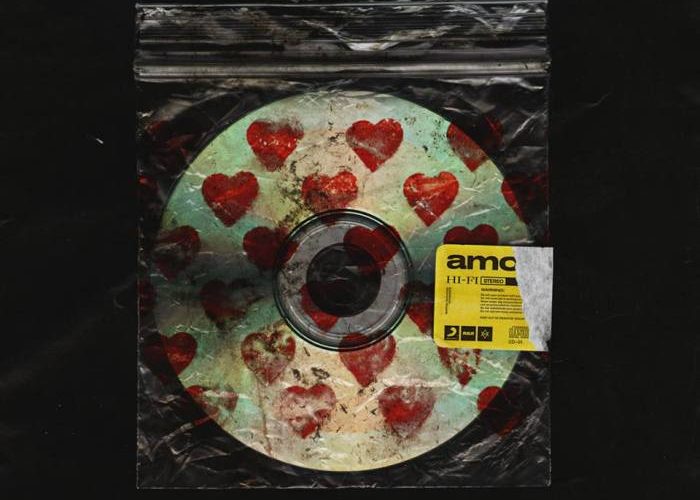 Bring Me The Horizon – amo

Let’s address the elephant in the room: if you’re in search of metalcore, you’re in the wrong place. The difference between Bring Me The Horizon’s deathcore beginnings and amo is, quite frankly, jarring. amo is gentle where past work is rough, dreamy instead of raw, slow rather than gut-wrenchingly fast — but it works. Fans of the group’s earlier work may feel entirely alienated by this record, but if you’re willing to give amo a try then you will be graced with a brilliantly produced rock record that feels limitless. BMTH recreate a sound we’re familiar with, whilst also not shying away from outright EDM and pop-rock. This record shows a band confidently creating the music that they want to, regardless of genre, and it’s incredibly commendable.

amo’s singles offer the most familiar BMTH sound, MANTRA and Wonderful Life being exactly what one would expect of this new album. MANTRA has a sound that you can immediately envision arousing moshpits, whilst Wonderful Life’s bleak lyrics feels reminiscent of past albums. The appearance of Cradle of Filth’s Dani Filth also adds those metal vocals that Oli Sykes can’t quite maintain anymore, really enhancing the impact of the song. Vocal-wise, this album shines when Sykes doesn’t try to scream; Sugar Honey Ice & Tea is one of the few songs Sykes tries to howl on, and whilst it does sound okay, there are moments where you can’t help but wince.

However, bar these tracks, the album feels like an entirely new world for the Sheffield five-piece. Nihilist Blues feels like a mix between Depeche Mode and The Prodigy, and the addition of Grimes makes it feel otherworldly. Ouch sounds like it could be an interlude on an album by The 1975. Fresh Bruises almost feels like it’s underwater dubstep, with distorted vocals and a dark, echoing steady beat throughout. BMTH have discovered that not every song on an album needs to sound the same, and have entirely taken advantage of this. Every track revels in its own sound.

Heavy Metal quite playfully addresses the band’s departure from their older sound, joking about how fans online will hear their new album and say it ‘ain’t heavy metal’. The track feels like a combination of every element explored on the album, almost a statement of just how little they care about restricting themselves to their past genre. The guitars in the track feel incredibly ‘heavy metal’, ironically, as does Sykes’s vocal performance. This is then juxtaposed by the addition of beatboxer Rahzel and the EDM elements in the background throughout. The entire song feels like a kick in the teeth for fans that don’t accept the change. The final moment of the song features a brilliant scream by Sykes, proving that BMTH could still pursue metal if they wanted to, but they just don’t want to be pigeon-holed anymore.

Ultimately, amo will divide fans, but it shows just how musically talented Bring Me The Horizon are. If you go into this album wanting the same old sound, you won’t be able to appreciate just how fine-tuned it really is. This is reinvention at its finest, and in the words of Sykes himself: ‘this s*** ain’t heavy metal, and that’s alright’.

amo is out now via RCA Records.