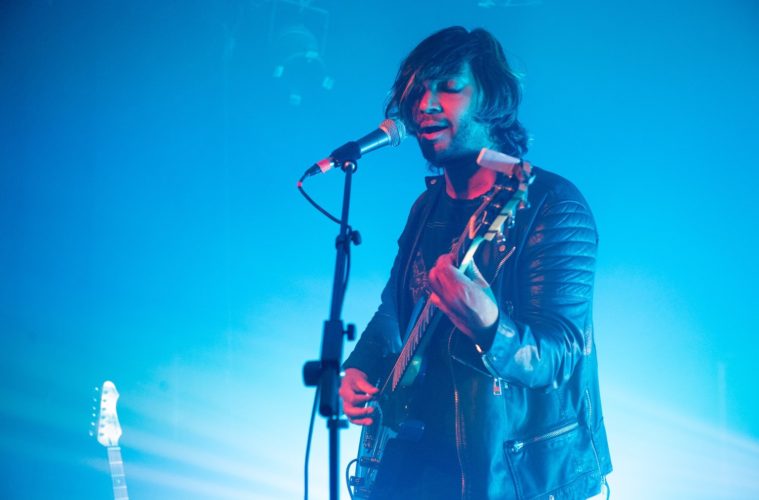 Winter was thick but the people waiting for the noise of something big were still kids really and they didn’t wear coats. The boys wore eyeliner and they were pretty. The girls were like fireworks. Bang.

The group were on the front of NME before they knew it. They’d seen more eclipses than they had played gigs. They were called one of the best new bands in Britain. They played shows like tornadoes, heads down, almost invisible, illuminated only by occasional flashes of lightning.

London was dying. No one said anything interesting. Camden was the only place where anything happened. There was rain and sleet and pubs named after birds and small animals. The world was made of smoke.

The weeks lasted seconds. In the same North London toilets they’d always drunk in, the band were now outlined in neon. They shifted cagily, trapped like zoo animals. Out of the corner of his eye, the singer saw people staring. He looked up and looked away. The band pushed on. They played more gigs than they could count on two hands. There were no more eclipses.

Summer was wet. The sky was so black it looked solid. Those tuning in were still kids and they didn’t wear coats. At last the sun shot up, the band played Reading and their guitars sounded like waves so the crowd lay on them chest down and moved their hands like flippers.

On planet Earth, the power lines crackled. The streets began to fill up. Everyone grew taller, their reflections in the shop windows shifted and changed. Winter hissed. The boys and girls pulled on their coats.

The weeks lasted months. The months lasted years. The band watched thousands of sunrises and they released a song here and a song there. Their music left dents in the atmosphere. But then their silhouettes get smaller and smaller until they became just shapes and for a while no one could see them anymore.

It was My Vitriol.