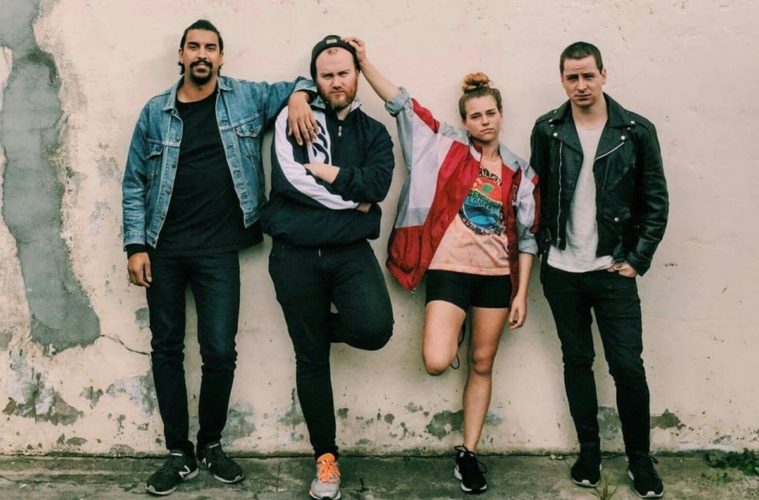 If you’ve got an itch for fresh, sun-drenched punk, then Press Club are just what you’re looking for. This Australian four-piece create music that can truly be felt in the chest, filled to the brim as it is with energy and emotion. January release Late Teens scored almost perfect ratings here at Sound of Pen, making it clear that Press Club are more than worthy of being our band of the month.

Your new favourite outfit are only on the rise, and their new-found support from Hassle is surely the first step on their road to success. Late Teens was originally released independently, and the re-release is sure to help this amazing band branch out even further. Press Club could seem like the underdogs, what with their primarily live-recorded vocals and raw sound, but they’re sticking to their guns and it works. Frontwoman Nat Foster’s emotive and powerful vocal performance really sets this group aside from other punk groups at the moment, and we love how clearly she proves women to be more than capable of dominating the scene.

March heralds the start of Press Club’s world tour, which is sure to wow crowds far and wide. These guys are on a journey and we’re more than eager to see them grow and conquer the universe.