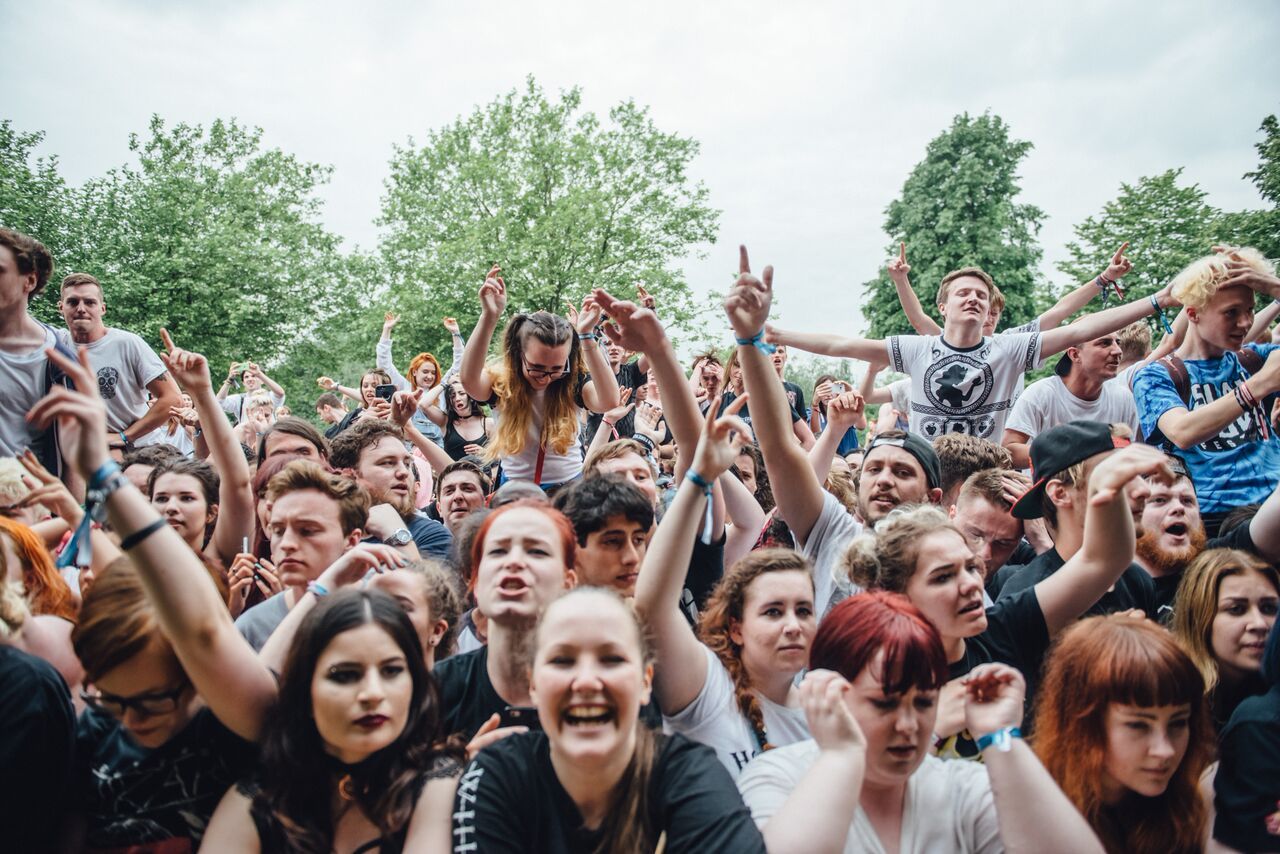 With a host of brilliant bands already announced for next year’s Slam Dunk, it’s time to get excited. Sure, we’re still recovering from the new year but you’ll have noted that we don’t live in The O.C. and your local club isn’t The Bait Shop so Saves The Day weren’t there to see in 2019 with you – you really are going to have to wait until the last weekend in May to celebrate with Chris Conley and co. Happily, we’re here to give you 23 reasons why it will be worth the wait. Why 23? Well, 23 is the name of a Jimmy Eat World song and Jim Adkins and gang have played both Slam Dunk and The Bait Shop. That’s why.

You know how you can spend so much of your day hardly seeing anyone who looks like you let alone thinks like you? Well, all that changes at Slam Dunk. It’s all about the music. But equally it’s all about community. How can it be ALL about two things at once? Well, that’s the power of Slam Dunk.

So, yeah, prepare yourself for a day during which people won’t look at you like you’re speaking a different language when you tell them your favourite band is called I Don’t Know How But They Found Me. Sure, some of our favourite artists have got long, weird names, but hey life is long and weird so deal with it. Hang on! Isn’t that the point – we don’t necessarily know how to deal with it? Ah, yes, but that’s why we go to Slam Dunk! So we can work our issues through in a healthy way with lots of other people who know exactly which planet we’re from. The Slam Dunk crowd get why All Time Low’s lyrics make perfect sense and they comprehend that Bullet For My Valentine haven’t suddenly become less important than they always were just because they’re no longer signed to a ‘major’ record label. Jumping up and down amidst a group of people who understand these things as completely as you do is a beautiful thing. At Slam Dunk you’re going to be part of a community. It will feel goooood.