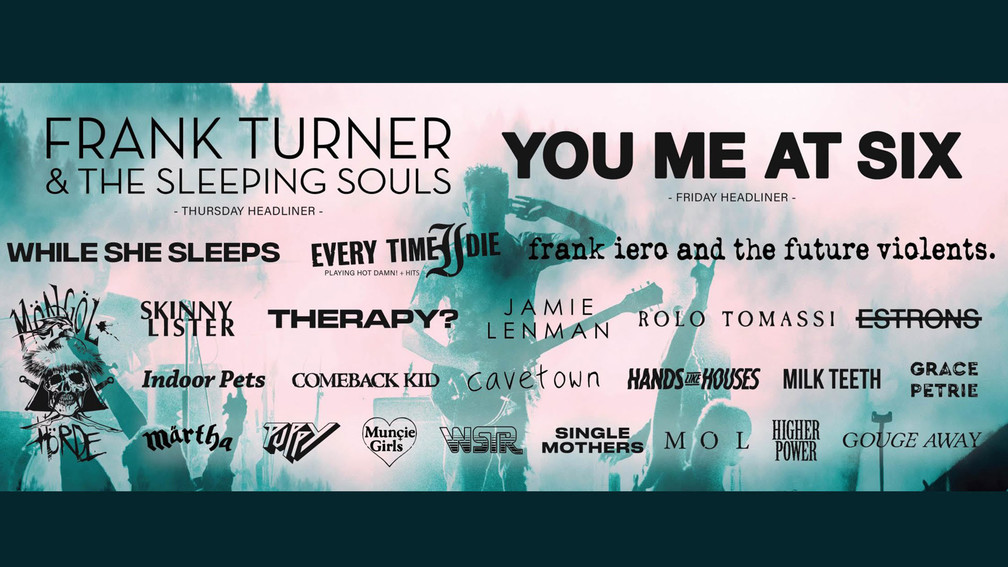 At Sound Of Pen, this time of year is like a second Christmas to us – festival line-ups being gradually revealed is undoubtedly exciting, and there’s always one fest that NEVER lets us down. 2000Trees, of course!

If you hadn’t already heard, You Me At Six were announced as the first headliner alongside a bill including Frank Iero And The Future Violents, While She Sleeps, Every Time I Die, Hands Like Houses, Milk Teeth, and many more Sound Of Pen favourites. But the lovely people at 2000Trees felt we needed satiating even more, clearly, as the freshest wave of bands announced would be enough to quench the thirsts of thousands of parched music fans.

Thursday night’s headliner has been revealed – the brilliant Frank Turner with his band, The Sleeping Souls! Mr. Turner is a 2000Trees frequenter, topping the bill since the festival’s inception, and he’s always received with beaming faces and open arms; this year will undoubtedly be no exception. Also joining the lineup is Frank Turner’s punk side project Mongol Horde, the astounding Rolo Tomassi (who released one of our favourite records of 2018), folk-punk icons Skinny Lister, the utterly infectious WSTR, and feminist post-hardcore up-and-comers Petrol Girls.

With virtually every genre of rock being covered, 2000Trees is always our most-anticipated weekend of the year; 2019 is shaping up to be as brilliant as we expected. What are you waiting for?? Go grab a ticket now.